Home » Uncategorized » Plan for tricky language, or prepare to be misunderstood

A university is a wonderful place to work if you like the energy of young people and smart coworkers. The excitement that the combination creates sometimes also creates misunderstandings of intent, centered on the use of language.

Complicating the situation, colleges and universities are often at the forefront of trends in lifestyle and other thinking, which means the words we use to describe these new things are not well defined or accepted. It’s easy to be well-meaning and yet upset someone. 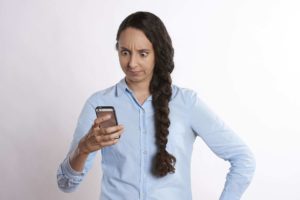 Finally, you have professors who are very definite in their opinions and students who are enthusiastic in their challenge of such opinions.

Here are a few examples:

At the University of Tennessee at Knoxville, an administrative office published a guide of pronouns that transgender people might prefer. The list included ze and hir or zir instead of he/she and her or him. Xe and xem would take the place of they and them.

The education trade journal Inside Higher Ed reported that the university president ordered the guide removed from the UT website, saying that while the issues raised were appropriate, he didn’t want to give the impression that everyone on campus must “embrace these practices.”

At Washington State University, a professor wrote a syllabus that banned the use of certain words in class and promised punishment to any students who used the words.

“Use of racist, sexist, homophobic, transphobic, xenophobic, classist or generally offensive language in class or submission of such material will not be tolerated. (This includes ‘The Man,’ ‘Colored People,’ ‘Illegals/Illegal Aliens,’ ‘Tranny’ and so on — or referring to women/men as females or males.)”

The university administration acknowledged that the professor was attempting to provide a safe and supportive learning environment for everyone. But it pointed out that the syllabus probably violates the First Amendment and ordered all professors “to ensure that students’ right to freedom of expression is protected along with a safe and productive learning environment.”

Finally, you might think that the definition of genocide is clear-cut, but it’s not.

A sophomore at Sacramento State University said her professor threatened to kick her out of class after she allegedly challenged his statement that the term “genocide” wasn’t appropriate for U.S. settler and government actions against American Indians.

Again according to a report in Inside Higher Ed, the professor allegedly said that genocide implies intention and, in his opinion, most native people were killed by European diseases.

A couple of days later the student debated the professor in class and began reading out loud the United Nations’ 1948 definition of genocide. The professor asked her to stop, inviting her to talk to him after class rather than “hijack” his lesson. Social media and bloggers reported on the confrontation and the university is investigating exactly what happened in the classroom.

As a professional writer and public relations practitioner, I often say that anticipating problems and addressing possible issues is usually better for an organization, and individuals, than moving ahead without thinking about the consequences of words. Language is sometimes volatile and has the potential to convey things not intended if mishandled.

My other advice is that, when about to engage in a potentially controversial activity, you should always let the boss know what you are doing. He/she/ze might later backtrack, but at least you have communicated thoughtfully and clearly.

Paul Steinmetz is director of Public Affairs & Community Relations at Western Connecticut State University. As the founder of Writing Associates, he consults on writing issues for businesses and individuals. If you want to discuss a writing issue, contact him at paul@paulsteinmetz.com.